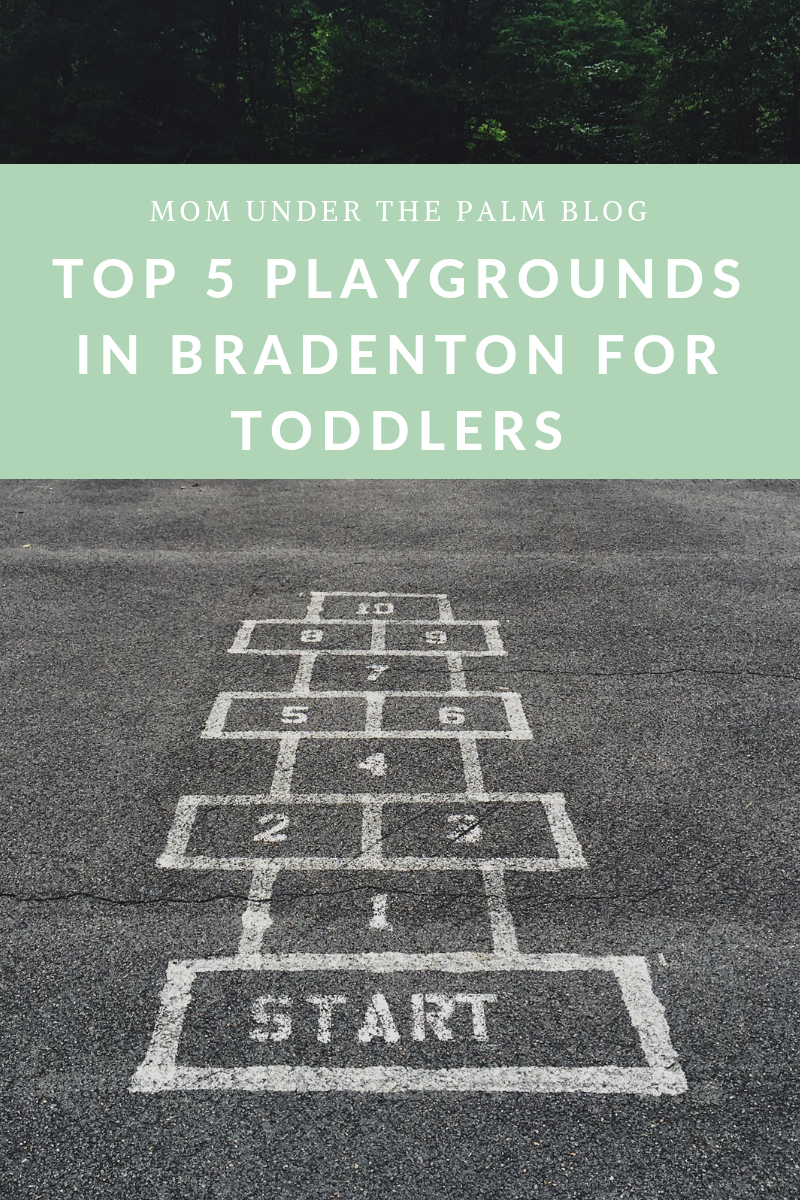 Finding a good park for your toddler(s) can be more of a difficult task than one parent might think.

For starters, I am terrified of my child getting trampled by one of the “big” kids. If my little one is trying to play peek-a-boo in the climbing tube while the 8-year-old is willing to break a bone showing off their skills by walking across it, I’m less likely to take the chance of mine having that same outcome (probably a glimpse into my future with having two very brave boys).  Nothing against the older kids, but my smaller, more fragile boned babies deserve to have a space where we all feel more comfortable playing.

Then there’s the playground itself. There’s nothing worse than having to maneuver my body through a poorly built structure just to make sure little man makes it to the swirly slide safely. No. My kids (and my body) deserve better! I’m talking easy pathways and no chance of escaping quality. It’s hard enough chasing after one, try having your feet outnumbered.

Thus, my search for toddler-friendly playgrounds began. We’ve been to a lot of parks in this town, many of which are still a nice place to visit, but just don’t meet the criteria for a toddler playdate. After testing many swings and slides, I think I’ve settled on my (and my kids’) five favorite local parks. Whether you’re from Bradenton or you’re visiting the area, I hope my recommendations can help make deciding on a spot plain sailing.

Here they are from less to best:

Located in Downtown Bradenton, this park is full of things to do! The splash park is great on a hot day and walking by the river is literally a tropical paradise. There are two different sized playgrounds and they are separated from each other.

The smaller one is most ideal for toddlers. It’s fully covered and does offer seating with bathrooms in the vicinity. It has hands-on, Montessoriesque activities surrounding it and lots of crawling space. My oldest especially likes hiding in the climbing dome and popping out of the multiple holes, saying “I see you!”

Since the park is so local, it’s very active in the community. We’ve seen balloon makers, giant beach balls and live music. It’s definitely a place to visit, regardless of the playgrounds themselves.

Cons: It’s close to the water, so it’s good to have extra eyes if possible

G.T. Bray is a fairly popular park in the central west Bradenton area. Most locals are familiar with it and it’s an overall family friendly park. For toddlers, though, the playground located closest to the rec center is the most ideal out of the four or five options the park has to offer.

This playground has small sets of stairs as well as a ramp, which allows them to choose their path. The entire park is gated, cause Lord knows we’ve all had that moment where our kids have tried to make a run for it!

Some of my favorite things about this playground are that it has bathrooms, shade, seating areas and artificial turf (for those not-so-balanced babes).

It’s suitable for both of my boys because my 3-year-old can do the rock wall, while my youngest can take the less challenging route or roam freely. The coolest perk is that it has this interactive sound game that makes my kids go crazy pressing the buttons when they light up.

Cons: Tends to get busy

Best times to go: Weekdays before schools let out

Okay, so this park is technically in Sarasota County, but it’s in my top 5 because it’s still close enough that the time spent playing there makes up for the additional ten minutes in the car. Plus, my wild ones are more likely to pass out on the drive home.

I love this park because it offers two separate playgrounds, each of which is mostly out of sight of the other. I mean, it can’t get much better than that, but it does! The smaller playground is completely covered; this is is a blessing during summer in Florida. It’s easy to access and has bathrooms, seating, and swings.

The boys especially enjoy climbing all of the different colored animals. The pavilion can be rented here.

Cons: It is a tad close to the entrance, so cars go by often, but there is a small ditch separating them.

I may be a little biased because I went to this park a lot growing up, but since not much has changed there, I think that’s what still makes it so magical. The entire park is covered by shade coming from the enormous trees twisted throughout. It’s definitely a close second because of this Floridian feature!

There are two playgrounds separated by a small creek and bridge, giving you the option to choose a side or start on one side and go the other later. The smaller playground is gated with lots of fun features including a giant turtle made of fiberglass (I can’t tell you how long it’s been there).

My boys really love this park because when we’re getting ready to leave, we check out the adorable book exchange box to see if they want to take a book and leave one of theirs. If I know we’re going there, I’ll grab a few older books we don’t read as often for them to choose from.

Cons: There are no bathrooms, but I can honestly say, we’ve made it work with all the trees…

This park has quickly stolen our hearts. It’s not as popular of a place to play, which is a huge reason why it’s my first choice (it’s also the closest to us out of these five). This playground was made for toddlers! It’s got easy access for most young ages (ramps, small steps, a few climbing structures for beginners). It’s gated, covered and does have seating.

When we go here, there are always others their age to play with and hardly ever a stampede of “big” kids. If that doesn’t sell you, then the beautiful lake adjacent to it will. We’ve collected handfuls of pine cones, have seen tons of wildlife (something every tourist should swoon over) and enjoy running up and down the hills behind the baseball fields.

Cons: The only issue we’ve ever had was noticing ant piles here and there, but they seem to be taken care of regularly.

If you have toddlers and need a place to let them run out their second wind without having to hover, then I highly recommend these playgrounds. From their structure to their location, these are our go-to’s of the Bradenton parks. Finding the right park gives you peace of mind knowing the little ones are safe while you can live the real Florida life. What are you waiting for!

3 thoughts on “Top 5 Playgrounds in Bradenton For Toddlers”

I’m a 26-year-old Mama raising two boisterous boys under the Florida sunshine! I enjoy exploring and trying new things with my kiddos. Follow me on my journey for self-love! 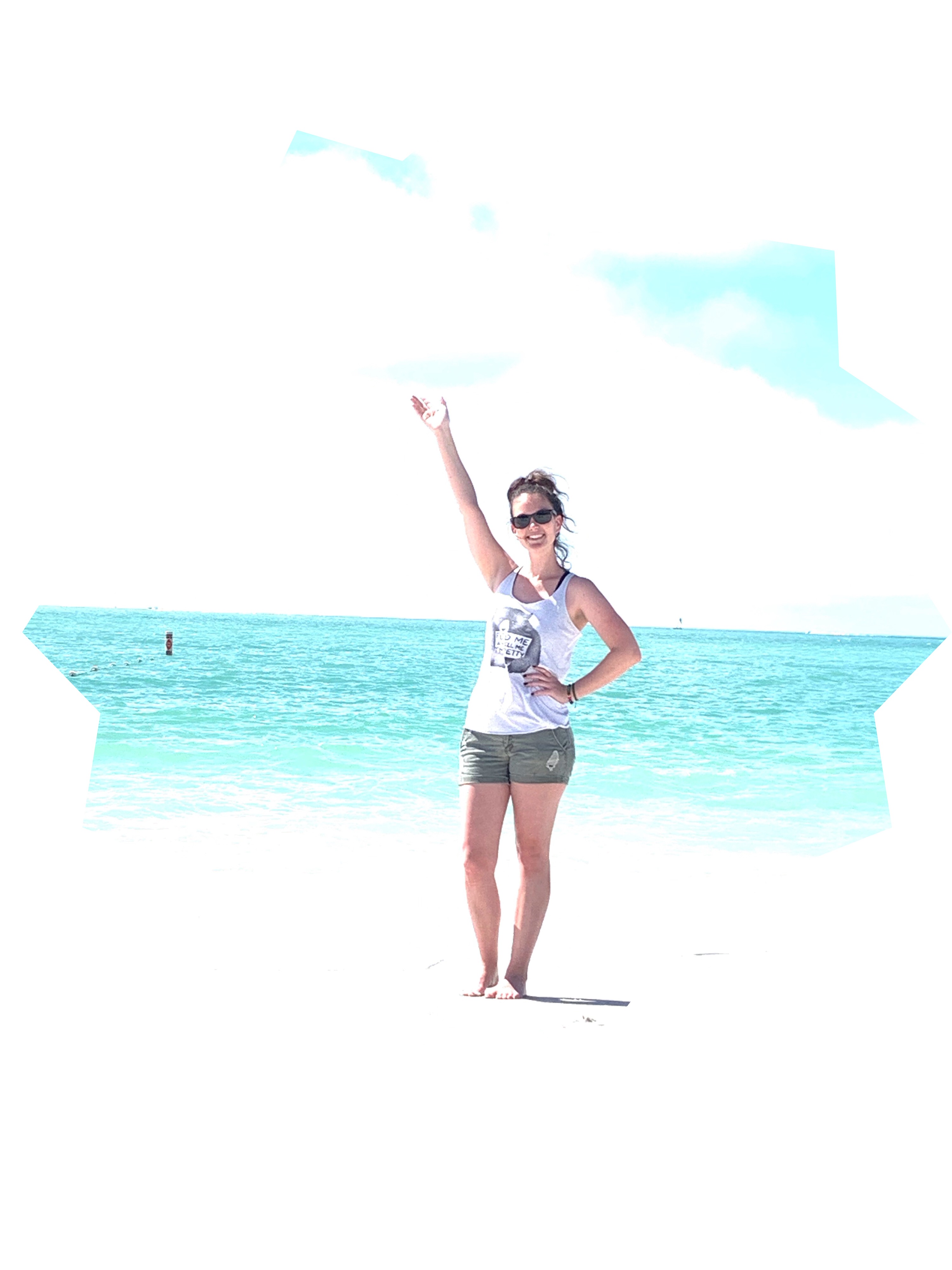